Home Decor Blog » Onkaparinga, since 1869. A history in pictures.

Onkaparinga was established in 1869 in South Australia by two German brothers that had migrated to Australia bringing weaving machinery with them.

Both Heinrich and Edward Kramm were weavers and established themselves in a mud hut in Hahndorf with just one carding machine, one horse driven spinning mule of 30 spools and 2 hand looms.  This was the beginning of the now well-known Onkaparinga brand.

From these humble beginnings Onkaparinga has survived through tough times to become one of Australia’s most loved bedding brands.

In the early days, the wool was washed in the river by hand, dried in the sun before being teased, also by hand.  Burrs and grass seeds were picked out in the evenings by people sitting by the fire at night, the wool was oiled by the women before carding and the horse powered spinning machine spun the wool in preparation for weaving. 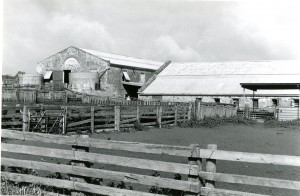 Severe drought and trade depression in South Australia in 1878 brought another temporary closure of the business.

At this stage in history the company was able to produce 1000 yards per week with the new boiler, a 30-horsepower engine, stem looms and carding machines.

The company made its return as The South Australian Woollen Factory in 1883. 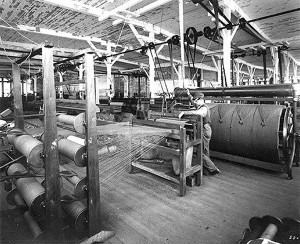 In the late 1800’s the government funded a six-million-gallon reservoir to guarantee the Mill’s water supply. This allowed the company to continue to operate seeing out the 1800’s as a company that had been a prominent influence in the wool industry in Australia for 69 years.

At the end of the 1800’s the mill was successfully operating supplying uniforms to those serving in the Boer War, cloth for the military, customs uniforms and railway workers.

The beginning of the brand…

World war one bought about the stimulus required for the woollen mills to develop, increasing the employees from 30, to 100 by 1914.

When World War 2 ended, Australia and its economy had changed greatly.  With shipping disrupted during the war years Australia had been forced to develop the existing manufacturing industries, rather than rely on imported goods.  Wool was one of Australia’s primary products during this time. In a period in history that was fittingly referred to as The Post War Wool Boom. Australia’s main export revenue came from wool products and was a significant milestone in creating a strong Australian economy. 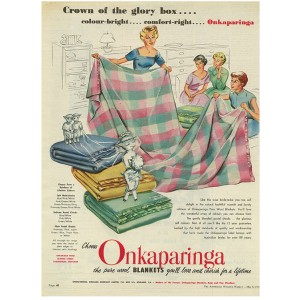 Today William A McNeil & Co Pty Ltd is the proud owner of the Onkaparinga brand, supplying luxurious bedding all over the world for the well-known brand, and sourcing the highest quality materials from Europe, Turkey, Egypt and Asia Pacific.  Based in Melbourne, Australia Onkaparinga is making a return to Australian Made, with our Australian Made Collection an exciting nod to our heritage as a company that has helped build the wool industry for almost 150 years. 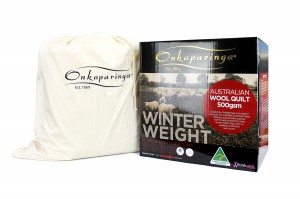 Onkaparinga is now looking forward celebrating its 150th Anniversary in 2019, and a strong future as one of Australia’s most loved bedding brands.

Image credit – some images supplied by the National Wool Museum